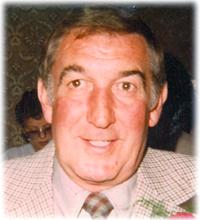 It is with great sadness that we announce the passing of an honourable man, James Neil Wallace of Medicine Hat, on December 22, 2014. Jim was predeceased by his wife, Elizabeth “Bette” Wallace, in 2002 and his sister, Margaret Valentine, of Whiterock, BC in 2013. Born in Warner, Alberta, on October 24, 1925, Jim’s parents later moved to Lethbridge where he was raised and educated. In his youth, he spent much time playing basketball and tennis and always had a passion for sports. At the age of 30, Jim found his love for golf. In his retirement years, a typical day usually included a round with his friends at the Connaught Golf Club, where he also once served as President. Jim joined the Royal Canadian Air Force at 17, and was one of the youngest flying officers in Canada during WWII. After the war, Jim began his career with Canada Post where he climbed the ranks to Assistant Post Master before retiring. As a steadfast, principled man, Jim was known for his complete devotion to his family. To his wife, he was a passionate and dedicated husband whose chivalry never rested. To his children, he taught respect, responsibility and unconditional love. To his grandchildren, he modeled what it means to be a good man. In Jim’s eyes, his family did no wrong and he was always on their side. Jim will forever be remembered in the hearts of his children, Jack (Joyce) Doran of Calgary, Cindy Andrews of Medicine Hat, Banning Wallace of Medicine Hat and Kim Soltysik of Tsawwassen, B.C.; grandchildren, Paula (Jeff) Doran, Tanya (Mark) Beyak, Nicole (Allan) Cheriyan, Aaron Andrews, Adam (Amanda) Andrews, Joshua Soltysik, Justin Wallace, Jaime (Daniel) D’Amour, Parry Wallace, MacKenzie Wallace and Grady Wallace; as well as his great grandchildren, Brendan and Jordan Davies, Jakub and Austin Wallace, Jack and Jane Beyak, Alex and Olivia Cheriyan, Caleb, Samuel and Jude Andrews, Olliver, Abby and Elliot D’Amour. A memorial service in honour of Jim’s life will be celebrated at a later date.  (Condolences may be expressed by visiting www.cooksouthland.com). If friends so desire, memorial donations in Jim’s name may be made directly to the Heart and Stroke Foundation, #124, 430 – 6 Avenue S.E., Medicine Hat, Alberta  T1A 2S8.  Honoured to serve the family is COOK SOUTHLAND Funeral Chapel, 901- 13 Street S.W., Medicine Hat, Alberta  T1A 4V4  Phone 403-527-6455.