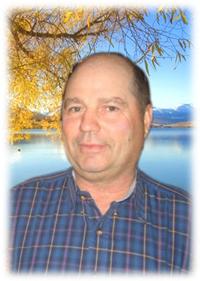 1955 ~ 2015
Mr. Douglas William Lochart, beloved husband of Mrs. Rhina Lochart, passed away at the Medicine Hat Regional Hospital on Saturday, January 10, 2015, at the age of 59 years.  Doug will be forever remembered in the hearts of his wife, Rhina; children, Jessica, Carla (Leigh), Dallas (Kelci); step-children, Lovelie and Bernard Liboon; grandchildren, Blaze, Shyra, Rhyder; brothers, Bob (Evelyn), Randy (Nico) and Rick.  He was predeceased by his parents, William and Fern; siblings, twin brother, Donald; sisters, Linda and Carla.  Those wishing to pay their respects may do so at Cook Southland Funeral Chapel, 901 – 13 Street S.W., Medicine Hat, on Friday, January 16, 2015, between 7:00 p.m. and 8:00 p.m.  A time of visitation will also be offered starting one hour prior to the Celebration of Doug’s life which will be held at Cook Southland Funeral Chapel on Saturday, January 17, 2015, at 1:00 p.m. If friends so desire, memorial tributes may be made directly to the Canadian Diabetes Association, #102, 73 – 7 Street S.E., Medicine Hat, Alberta  T1A 1J2.  (Condolences may be expressed by visiting www.cooksouthland.com)  Honoured to serve the family is Cook Southland Funeral Chapel, 901 – 13th Street S.W. Medicine Hat, Alberta T1A 4V4 Phone 403-527-6455