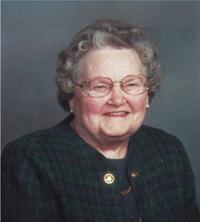 The family of Ellenore Erna (Zeller) Kern are sad to announce the passing of their mother, grandmother, and great-grandmother on Thursday, January 15th, 2015. Her memory will be cherished by her son, Lester (Linda) Zeller of Golden Prairie, Saskatchewan and daughter, Delaine (Dean) May of Medicine Hat, Alberta. Also surviving her are grandchildren, Christopher (Lindsay) Zeller of Holland, Michigan and their children, Madelyn and Zachary, Dylan (Candace) Zeller and their children Malakai and Harmony of Edmonton, Alberta, Brittany (Dayton) Strauss and their children Grace, Leah and Marcus of Edmonton, Landon May (fiance Ellen van den Berg) of Golden Prairie and Evan May of Medicine Hat. Ellenore was born on July 27th, 1932 in the parsonage of Rosenfeldt Baptist Church, near Golden Prairie to Daniel and Edna Jacksteit. Her mother passed away suddenly in 1936 when Ellenore was a child of four years and her younger sister, Mida, just two years. Her father later remarried Bertha Unrath and three brothers, Clifford, Gordon and Milton as well as one sister, Lynda, were added to her family. She received her education at the Salamis Country School and she helped her parents with the many chores on the farm. In 1953, she married Ernest Zeller and together they made improvements to their own farm. She particularly enjoyed planting large vegetable gardens and flowers, cooking and sewing for her family, as well as camping with their little trailer. They were active in the Golden Prairie Baptist Church where she sang in the choir, taught Sunday School and was a member of the Women\’s Society. They were also members of the Gideon Bible Society for over 25 years. In 1978, they semi-retired to Medicine Hat where they had more time for travel and became members of Temple Baptist Church. She also enjoyed needlework and made afghans as a pastime. Ernest and Ellenore were married for almost 42 years when he passed away in 1995. At this time, she moved into Chinook Village where she made many new friendships. In 1997, she married Marvin Kern and they enjoyed a happy, active life until his passing. Marvin\’s four children, Malcolm, Miles, Mardell and Monica, along with their families also survive Ellenore. The past number of years she has spent under the care of the dedicated staff of Chinook Village. Those wishing to pay their respects may do so at SAAMIS MEMORIAL FUNERAL CHAPEL, #1 Dunmore Road SE, on Monday from 7:00 to 9:00 p.m. and at TEMPLE BAPTIST CHURCH, 606 – 7th Street SW, on Tuesday from 12:00 to 12:55 p.m. The Funeral Service will be held at TEMPLE BAPTIST CHURCH on Tuesday, January 20th, 2015 at 1:00 p.m. with Pastor George Brandt and Pastor Brian Munro, co-officiating. Interment will follow in the Family Plot at Hillside Cemetery. Memorial gifts in Ellenore\’s memory may be made to the Gideons International, Suite 177, 1415 – 28th Street SE, Medicine Hat, Alberta, T1A 8P9. Condolences may be sent through www.saamis.com or to condolences@saamis.com subject heading Ellenore Kern. Funeral arrangements are entrusted to SAAMIS MEMORIAL FUNERAL CHAPEL CREMATORIUM & RECEPTION CENTRE, \”The Chapel in the Park\”, locally owned and directed. Should you wish any additional information, please telephone (403)528-2599