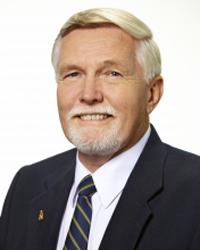 It is with great sadness that we announce the passing of a true \”Gentle Man\”. On Sunday, January 11, 2015, Kelly made his sacred journey to the arms of his Lord and Saviour. He is survived by his loving wife of 51 years, Claudia PARISH and his two daughters, Marina Rosta (Manville Alta.) and Kellianne Stiller (Phil) of Nanaimo BC. Kelly was surrounded by his wife, daughters, son-in-law (Phil) and his sister-in-law, Maureen Parish. His passing was gentle in a way that reflected the way he lived his life.
Leaving to mourn in Medicine Hat, Alta. are Kelly\’s sister, Shirley Hart (Dave) and his brother, Garry Folk, (Marion). Kelly was a loving grandad to Geza, Killian, Liam and Saoirse Rosta, Andrew and Jessie Stiller and Taylor-Lee Stiller-O\’Brien. He also leaves behind many nephews and nieces and his loving goddaughter/niece, Claudia Danyluk.
Kelly was born in Leader, Saskatchewan and spent his early years on the family farm near Richmound before his family moved to Medicine Hat where he completed high school. He joined the RCMP in 1962 and retired at the rank of Superintendent after 34 years of service in the Force. During his career, Kelly received a BA (Economics) degree from UVic and held a variety of administrative and Criminal Investigation positions across Canada.  Those positions included Officer in Charge of Administration, Personnel, Finance and Informatics for the NWT.  He was also the Officer in Charge of the Inuvik Subdivision before he returned to BC.
Once back in BC, Kelly, served as the Officer in command of the ERT section and prior to retiring, he was the Officer in Charge of the RCMP\’s Internal Audit. Kelly and Claudia also enjoyed many memorable occasions at BC\’s Government House during Kelly\’s position as Aide de Camp to Lieutenant-Governor, David Lam. He also served a term as president for the Greater Victoria United Way. In 1994, Kelly led the Police Security Operations for the Commonwealth Games.
After his retirement, Kelly was a Special Investigator for Elections Canada for 8 years, and was also president of the Greater Victoria Police Chorus and the Greater Victoria RCMP Retired Officers\’ Mess. He also was one of the first Officers to head up the Integrated Road Safety Unit for Vancouver Island. At the time of Kelly’s passing, he was an active member on the Board of Directors (Finance Committee), of the Capital Region Emergency Service Telecommunications (CREST). Kelly was skillfully treated by Drs. Herb Domke, Stephen Lundy, Paul Blood and Gary Dewar, during his illness and the family is grateful. We would also like to extend a special thank you to the Nursing staff at the Saanich Peninsula Hospital, Palliative Care Unit, with a special mention to Dr Andrea Lewis.
A Memorial Mass will be celebrated at Sacred Heart Church in Victoria, BC at 11:00 a.m. on Friday, February 20, 2015.  Flowers gratefully declined.  Please donate to a charity of choice. Condolences may be offered to the family at www.mccallbros.com.
McCall’s of Victoria, BC
(1-800-870-4210)