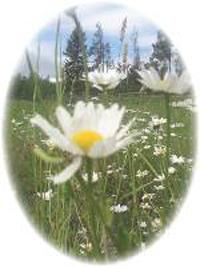 September 7, 1952 – January 27, 2015
It is with great sadness that we announce the passing of our beloved husband, father, grandfather and brother at the age of 62.  He is survived by his loving wife of 39 years, Savka, his sons Sava and George (Lenka) and daughter Nada Andjelic.  He is also survived by his precious grandson Nikola and sisters Zora (Doug) Warwick and Angela Andjelic.  Lazar is predeceased by his parents Jovan and Gladys.   Also left to cherish his memory are many nieces, nephews, uncles, aunts, cousins and friends.   Lazar was born in Medicine Hat Alberta where he had the happiest of childhoods.   In 1967 the family moved to Golden until he completed high school and then moved to Calgary where he met Savka. They married in 1975, lived in Hope B.C. and finally settled in New Westminster.   During his 25 years in sales he was employed by Frieden Fine Foods, Gainers Meats, and Fletchers Fine Foods.  He was a dedicated salesman providing quality products and service to his customers.  In his last years he took great pride in his landscaping business and the care and attention he provided to his clients.  His passion was being with his animals and nature.  As a young boy he raised dozens of homing pigeons which he continued to do throughout his life.  He was an avid member of the North Road Racing Pigeon Club.  Lazar was a long time and active member of St. Sava Serbian Church and community.  A funeral service will be held at St. Sava Serbian Orthodox Church, 505 East 63rd Ave., Vancouver, B.C., at 12:00 p.m., Saturday, February 7, 2015 with Very Reverend Miroslav Dejanov officiating. Interment to follow at Forest Lawn Memorial Park, 3789 Royal Oak Ave., Burnaby, B.C.  In lieu of flowers, donations may be made in his memory to St. Sava Serbian Orthodox Church, Vancouver or to the BC Cancer Foundation (150 – 686 W. Broadway, Vancouver, BC V5Z 1G1 or online at www.bccancerfoundation.com).   Condolences may be offered to the family at www.bellburnaby.com