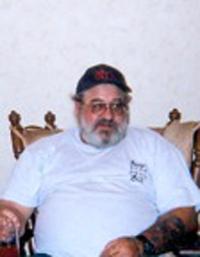 1951 ~ 2015
It is with heavy hearts that the family of Wolfgang (Wolf) Paul Bigge, beloved husband of Debbie Bigge of Medicine Hat, announce his passing on Monday, February 9, 2015, at the age of 63 years.  Wolf was born in Germany on October 24, 1951, a son to proud parents, Paul & Alwine Bigge.  At a young age the family made the move to Canada, settling in Palmerston, Ontario where Wolf grew up.   In 1979, he married Debbie Zmija and a year later, they moved to Medicine Hat and made their home.  Wolf worked for a variety of employers over the years before gaining employment with Hallcon Crew Transport Inc. , where he was an Area Service Manager, servicing a large area in southern Alberta and southern Saskatchewan.  He was well liked and respected by all of his colleagues in the industry.  Wolf enjoyed the great outdoors and was an avid hunter – he loved the mountains and spending time at the cabin.  He had quite the sense of humour and was mischievous at times – a real character!  Wolf will be deeply missed by his wife, Debbie; children and grandchildren:   daughter, Val (Laurie) Seitz of Medicine Hat and their family, Katarina (Miles) Dato and Allie Seitz;  daughter,   Char (Jason) Flaig of Medicine Hat and their family, Jordan, Joshua and Jasper;   daughter, Brandy (Russell) Heath of Omaha, Nebraska and their family, McKenzy Heath (Aaron) and Trevor;  a sister, Toni Jordan;  brothers, Werner (Louise) Wenslawski and Ralph (Cami) Bigge;  sister-in-law, Angie Wenslawski;  brother-in-law, Larry Zmija as well as numerous nieces and nephews.  He was predeceased by a brother, Frank Wenslawski and a brother-in-law, Egon Jordan.  Wolf will be silently remembered by his family and friends.  (Condolences may be expressed by visiting www.cooksouthland.com)  Memorial donations are favoured and may be made in Wolf’s name  directly to the Heart & Stroke Foundation of Alberta, 124, 430 – 6th Ave. S.E., Medicine Hat, Alberta, T1A 2S8 or to the SPCA, 55 Southwest DriveS.W., Medicine Hat, Alberta, T1A 8E8.  Honoured to serve the family Cook Southland Funeral Chapel, 901 – 13th Street S.W. Medicine Hat, Alberta T1A 4V4 Phone 403-527-6455

One Condolence for “WOLF BIGGE”