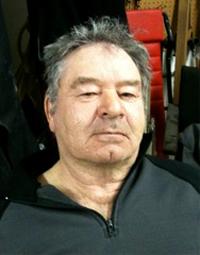 \”Ron\” – \”Pops\”
1939 – 2015
It is with deep sorrow that the family of Ron Lehman announces his passing with his family at his side on Sunday, February 8, 2015 in Fairmont Hot Springs, BC at 75 years of age. After a four month battle with pancreatic cancer, Pops has left the mountains where he loved to be, and has gone home.
Ron was born on June 16, 1939 in Baring, SK. He had a positive influence on many. He was a husband, father, grandfather, boss, brother and friend. He worked in the oilfield most of his life in Alberta and Saskatchewan while living and running a successful business in Medicine Hat, AB. He had a great wit and sense of humour. Ron retired to Fairmont Hot Springs. He enjoyed sledding, quadding and all the mountains had to offer.
Ron is survived by his wife Irene of Medicine Hat, AB; children Ernie (Jackie) of Medicine Hat, AB, Tina of Windermere, BC, Allen (Tammy) of Medicine Hat, AB, and Dwayne (Shan) of Calgary, AB; grandchildren Courtney, Caitly, Sydney, Taylor, Samuel, Kelly and Nevada; great grandchildren Jorja, Ty, Claire and Linken; his brother Gus Lehman; and sister Marlene Trudgeon.

Pops will be….forever in our hearts.

Cremation has taken place. A Celebration of Ron\’s Life will be held at a later date.
Arrangements entrusted to McPherson Funeral Service.
Condolences for the family can be offered at: www.mcphersonfh.com