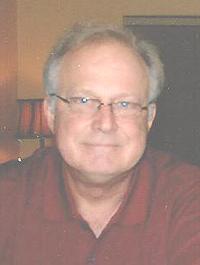 Ron Strom, of Bow Island, Alberta, passed away on Tuesday, February 10, 2015, at the age of 64 years.
He will be deeply missed by his daughters, Shannon Strom of Bow Island, and Jennifer (Laurie) Kontek of Camrose; three grandchildren Erin, William and Sheldon.  He is also survived by his siblings Howard (Cathy) Strom of Sherwood Park, Brian (Diana) Strom of Russell, ON, Bev (Ken) Bygrave of Calgary, and Arlene Strom (Colin Jackson) of Calgary; and numerous extended family.
Ron was predeceased by the mother of his children Pat Strom; his parents Harry and Ruth Strom; and his sister Faith Pritchard.
A celebration of life will be held on Monday, February 23rd at 11:30 am at the Golden Age Center, 210 – 5th Avenue, Bow Island, Alberta.