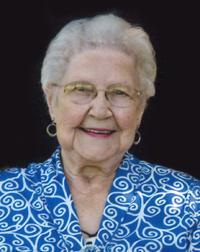 Catherine Gertrude Ibach (nee Gutfriend) of Medicine Hat, beloved wife of the late Anton \”Tony\” Ibach, passed away peacefully with her family by her side on Monday, February 23, 2015, at the age of 88 years. Catherine leaves to cherish her memory her children, Alex Ibach, Judy (Jim) Foster and Bob (Twyla) Ibach; eight grandchildren, Stacey (Scott) Piercey, Krysta Ibach, Jolene Foster, Colan Foster, Travis (Jenna) Ibach, Carlene (Matt) Keetley, Elisha (Waylon) Wagner and Tanner Ibach (Courtney Sackman); nine great grandchildren (with one more due to arrive in June), Murdoch, Lochlan, Ewan, Trevin, Macen, Nixon, Ryker, Drayden and Braxton; one brother, Alex (Edie) Gutfriend; one sister, Elizabeth \”Betty\” (Gordon) Macdonald; one brother-in-law, Mike (Marion) Ibach; and three sisters-in-law, Alma Gutfriend (Wallace Wutzke), Kay (Jerry) Hager and Irene (Joe) Lutz; as well as numerous nieces and nephews. She was predeceased by her husband, Tony; her parents, Matthew and Rachel Gutfriend; one brother, Mike Gutfriend; one brother-in-law, Joe Lesmeister; her in-laws, Peter and Rose Ibach; three nieces, Michelle Van Beveren (nee Gutfriend), Deborah Ibach and Peggy Macdonald; and one nephew, Clinton Lesmeister. Catherine was born on November 18, 1926 on the family homestead in Josephsthal, Saskatchewan. She was the eldest daughter of Matthew and Rachel (nee Kurtz) Gutfriend. Catherine has done many things over the years; including private house cleaning, hair dressing and her last job was a seamstress specializing in custom drapes. In later years when she could no longer sew drapes, she enjoyed her time crocheting afghans for her family and embroidering tea towels for everyone. Mom and Dad loved to camp and travel in their motorhome. They enjoyed holidaying across Canada and United States to visit her brother and they even ventured on a family trip with her siblings to Hawaii. She was a Moose member for 40 years. Catherine enjoyed her grandchildren and great grandchildren immensely. She was funny, loving and generous to her family. The family really got to see her witty side right up until the end. She was truly loved and will be missed by her family and friends. As the saying goes “It’s 5 o’clock somewhere!” so your drapes are closed and the doors are locked so it’s safe to go to sleep. Rest in Peace! Those wishing to pay their respects may do so at SAAMIS MEMORIAL FUNERAL CHAPEL, #1 Dunmore Road SE, on Thursday from 7:00 to 9:00 p.m. Vigil Rites (Prayers) will be held at SAAMIS MEMORIAL FUNERAL CHAPEL, on Thursday, February 26, 2015 at 7:30 p.m. The Funeral Mass will be celebrated at ST. PATRICK\’S ROMAN CATHOLIC CHURCH, 238 – 2 Avenue NE, on Friday, February 27, 2015 at 1:30 p.m. with Father Alphonse Narisetty, celebrant. Interment will follow in the Roman Catholic Section at Hillside Cemetery. Memorial gifts in Catherine\’s memory may be made to Kidney Foundation of Canada, 6007 – 1A Street SW, Calgary, AB T2H 0G5. Condolences may be sent through www.saamis.com or to condolences@saamis.com subject heading Catherine Ibach. Funeral arrangements are entrusted to SAAMIS MEMORIAL FUNERAL CHAPEL CREMATORIUM & RECEPTION CENTRE, \”The Chapel in the Park\”, locally owned and directed. Should you wish any additional information, please telephone (403)528-2599