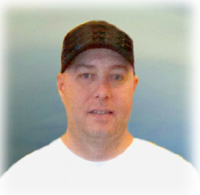 It is with heavy hearts that the family of Shane Perry Shearer, beloved husband of Cheryl Kastrukoff, announce his passing on Friday, February 20, 2015, at the age of 43 years. Shane was born in Lethbridge, Alberta on January 8, 1972 and moved to Medicine Hat at a young age. It was through hard work that he achieved his Diploma, graduating from the Power Engineering Program at the Medicine Hat College. Shane met Cheryl in the winter of 2001 and together they raised their family. He was currently employed at Methanex where he was a water treatment power engineer. Shane enjoyed movies, video games, cooking, golfing, flyfishing, playing in the band (Toque Boy) and spending time with his family, friends and co-workers. He was a hilarious, caring and selfless man who will live on in the hearts of his family and friends forever. Shane will be deeply missed by his wife, Cheryl; children, Shalene Eastman, Khristine Christman, Perry Shearer, Tyler Phinney and Samantha Phinney; parents, Ronald Shearer Sr. and Darcea Sullivan; brothers, Ronald Jr. (Wendy) Shearer, Nathan (Sharina) Shearer and their daughter, Autumn, Kendall (Tara) Sullivan and their daughter, Audra; Cheryl’s parents, Lorne and Sandy Kastrukoff; her sister, Kelly (Mike) Schill and their children, Rylan and Mason as well as numerous aunts, uncles, nieces, nephews and his two cats, Tigger and Roxy. He was predeceased by his grandparents, John and Olive Shearer and William and Elizabeth Robinson. Those wishing to pay their respects may do so at Cook Southland Funeral Chapel, 901 – 13 Street S.W., Medicine Hat on Sunday, March 1, 2015, between 6:00 p.m. and 8:00 p.m. A Celebration of Shane’s life will be held at Cook Southland Funeral Chapel on Monday, March 2, 2015, at 1:00 p.m. with Life Celebrant Gerry Getz officiating. In lieu of flowers, memorial tributes may be made directly to Brain Injury Relearning Services, c/o REDI Enterprises Society, 856 Allowance Avenue S.E., Medicine Hat, Alberta, T1A 7S6 or to the Canadian Mental Health Association, 204, 1865 Dunmore Road S.E., Medicine Hat, Alberta, T1A 1Z8. (Condolences may be expressed by visiting www.cooksouthland.com) Honoured to serve the family is Cook Southland Funeral Chapel, 901 – 13 Street S.W., Medicine Hat, Alberta T1A 4V4 Phone 403-527-6455.