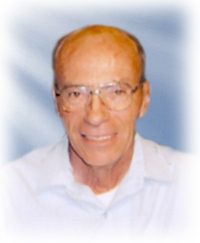 Mr. Wayne Holbrook of Medicine Hat, beloved husband of Victoria (Vickie) Holbrook, passed away peacefully at the Good Samaritan Southridge Village on Wednesday, March 11, 2015, at the age of 74 years. Wayne was born in Eastend, SK., on August 6, 1940, to proud parents, Fredrick and Eleanor Holbrook. He received some of his schooling in Eastend, SK. and Robsart, SK. before finishing in Medicine Hat. He later moved to Calgary and gained employment with Canadian Western Natural Gas (Atco Gas). Following his retirement in 1995, Wayne and Vickie made Medicine Hat their home. He loved the outdoors and nature, whether watching the deer or going on one of his many trips to the sandhills. Along with Vickie, his loving wife of 52 years, Wayne leaves to cherish his memory: daughter, Donna (Gord) Swalm; son, Barry Holbrook as well as numerous other extended family and friends. He was predeceased by his parents; one sister, Joyce (Don) Western and one niece, Karen Western. A Celebration of Wayne’s life will be held at Cook Southland Funeral Chapel, 901 – 13 Street S.W., Medicine Hat on Monday, March 16, 2015, at 11:00 a.m. with Life Celebrant Gerry Getz officiating. Interment will follow at Hillside Cemetery with a time of fellowship thereafter in the Cook Southland Reception Facility. (Condolences may be expressed by visiting www.cooksouthland.com) If friends so desire, donations in memory of Wayne may be made directly to the Good Samaritan Society, 550 Spruce Way S.E., Medicine Hat, Alberta, T1B 4P1. Honoured to serve the family is COOK SOUTHLAND Funeral Chapel, 901 – 13 Street S.W., Medicine Hat, Alberta, T1A 4V4. Telephone: 403-527-6455.