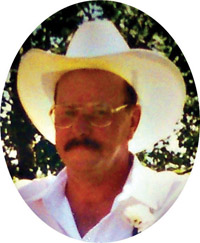 Garry Thompson beloved husband of Maggie Thompson of Medicine Hat, passed away on Sunday, March 15th, 2015 at the age of 71 years. Garry also leaves to cherish his memory one son, Russell (Trish) Thompson of Calgary; two daughters, Heather (James) Underchute of Airdrie, and Allison Keller (Michael Hay) of Medicine Hat; four grandchildren, Hailey, Sydney, Jason, and Sarah; two sisters, Shirley (Harry) Samenook and Norma Triplett; as well as numerous nieces and nephews. Garry was predeceased by his parents, Russell and Audrey Thompson. Garry was well known in the Rodeo Circuit and oil patch and owned his own company as well as oil rigs. A Private Family Time of Remembrance will be held. Condolences may be sent through www.saamis.com or to condolences@saamis.com subject heading Garry Thompson. Funeral arrangements are entrusted to