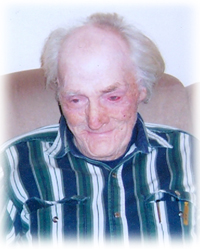 Mr. Merlyn (Bud) Mattson, beloved husband of Mrs. Clara Mattson, passed away at the Medicine Hat Regional Hospital on Monday, March 23, 2015, at the age of 83 years. Bud will be remembered by his loving wife, Clara; seven children: Lawrence (Sue) Mattson, Garry (Karla) Mattson, Carl (Bonnie) Mattson, Keith (Shelley) Mattson, Brian (Sheila) Mattson, Brenda (Robert) Burton and Glenn (Connie) Mattson; 12 grandchildren and 7 great-grandchildren and one great-grandchild awaiting birth. He was predeceased by his parents, Charles and Mabel Mattson and a brother in infancy, Chaz. Bud was born October 1, 1931 in Paddockwood, Saskatchewan. Living in a rural setting with his family, he also attended school in the country. On November 3, 1953, he married Clara Maffenbeier and they were blessed with 7 children. As a young man, a strong work ethic was instilled in him as he began working making deliveries from the train to various businesses in Val Marie. Working became his passion and not only was he a “Jack of all trades”, he was good at whatever he tried his hand at. He was mechanically inclined and knew his way around a shop. A Graveside Service will be held at Hillside Cemetery on Monday, March 30, 2015, at 2:00 p.m. For those wishing to attend, we ask that you join the Funeral Procession which will depart from Cook Southland Funeral Chapel at 1:50 p.m. Light refreshments will be served in the Cook Southland Reception Facility immediately following. (Condolences may be expressed by visiting www.cooksouthland.com) Memorial donations may be made to the charity of one’s choice. Honoured to serve the family is