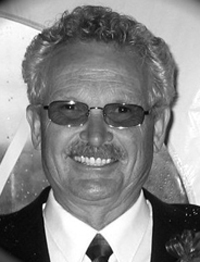 Kenneth Theodore Graff was born on July 5th, 1943 in Empress, AB to Theodore and Elizabeth Graff. He spent his childhood in the Leader area but moved to Medicine Hat at the age of 16 where he eventually met his wife, Lynne, and settled down to raise a family.

At a very young age, Ken developed a strong work ethic and strived to build a solid foundation for his future. He started working on the railroad and from there he worked for a farmer in the Jenner area. From 1965 – 1975 Ken worked for the Purity & Crystal Dairies as a milkman.

Ken and Lynne met in 1963 and later married in 1966. In 1973, their first daughter, Tara, was born and in 1976 that their second daughter, Treva, was born. That same year, Ken started working for the City of Medicine Hat driving truck for the Environmental Utilities Department. He spent the next 27 years with the City and retired in 2002.

There were many different facets to Ken’s personality, which was what made him so special and loveable to all that knew him. One minute he could be as tough as nails, and the next he could be a soft-hearted and gentle soul. He was especially soft when it came to his 7 nieces and his 3 grandchildren. There wasn’t anything he would not have done for the ones he loved.

Ken often called the Moose his second home. He spent 40+ years as a devoted member, and felt as though the people there were his second family. Ken was a wonderful dancer, so the weekends were a perfect time to take Lynne for a spin on the dance floor at the Moose. Like Fred and Ginger, they always lit up the dance floor together.

His home was “his castle” and he was “The King”!

The Funeral Service will be held at SAAMIS MEMORIAL FUNERAL CHAPEL, 1 Dunmore Road SE, on Saturday, April 4th, 2015, at 2:00 p.m. with Gary W. Goran officiating. Condolences may be sent through www.saamis.com or to condolences@saamis.com subject heading Kenneth Graff. Funeral arrangements are entrusted to

Leave a Condolence for Adair Prouty