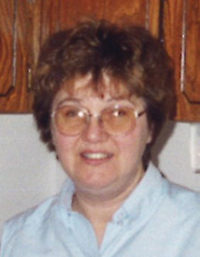 It is with heavy hearts that we say farewell to our beloved mother, grandmother, aunt, sister, and friend. On Sunday, April 5th, 2015, Victoria Perrior passed away peacefully with her son by her side after a long-fought battle with cancer. Vicki leaves to cherish her memory her son, Dain (Shauna) Perrior of Medicine Hat; and her grandson, Bennett. Vickie’s joy could always be seen when she saw her grandson or even heard his name. Her love for him radiated in her eyes and will forever fill his heart. Vicki is also survived by one sister, Doris (Alexander) Sayeau; one brother-in-law, Allan Larch; special nephews, Aaron Greenwood, Jason Aman, Brandon Aman, and Brian Shea; special nieces, Lacey Lerner (Dustin), Courtney Perrior, Krystal Aman, Angel Shea, and Christine Shea; two nephews, Steven (Kendra) Perrior and Justin (Jennifer) Mahaux; five nieces, Liane Perrior (Dave Greenwood), Wendy (Sean) Shea, Debbie (Jake Abes) Larch, Trina Larch, and Jennifer Larch and their families. Vicki was predeceased by her husband, Donald “Don” Perrior on December 8th, 2014; one sister, Christine Larch; and one brother-in-law, Louis (Sandra) Perrior Jr. Vickie was a special lady and quickly made her way into the hearts of anyone who met her. Those who were able to know Vickie are filled with gratitude for the time she gave them and for the memories they will always hold. A Time of Remembrance will be said at SAAMIS MEMORIAL FUNERAL CHAPEL, #1 Dunmore Road SE, on Thursday, April 9th, 2015 at 7:00 p.m. The Funeral Mass will be celebrated at ST. PATRICK’S ROMAN CATHOLIC CHURCH, 238 – 2nd Avenue NE, on Friday, April 10th, 2015 at 11:00 a.m. with Father Tomy Manjaly, Celebrant. Interment will take place at Hillside Cemetery. Memorial gifts in Vicki’s memory may be made to the Carmel Hospice St. Joseph’s Home, 156 – 3rd Street NE, Medicine Hat, Alberta, T1A 5M1. Condolences may be sent through www.saamis.com or to condolences@saamis.com subject heading Vicki Perrior. Funeral arrangements are entrusted to