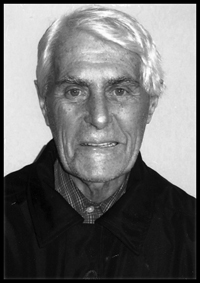 Mr. Martin Slofstra, beloved husband of Janny Slofstra, went to be with his Lord and Saviour on Wednesday, April 29, 2015, at the Good Samaritan South Ridge Village, at the age of 84 years. Martin was born on December 10, 1930 in Nietap, Groningen, the Netherlands. In 1952, the family settled in Redcliff, Alberta. He worked at various jobs throughout the years and in 1967, he joined Canada Post as a letter carrier until he retired in 1991. He will be greatly missed by his loving wife, Janny; sister, Pieterdina Scheepstra of the Netherlands; sister-in-law, Lena Slofstra; brother-in-law, William Aasman as well as Janny’s siblings including a sister, Anna Fohkens of Woodstock, Ontario and brothers, Simon (Alice) Vander Byl of Sarnia, Ontario and William (Sue) Vander Byl of Scotby, England as well as numerous nieces and nephews. Martin was predeceased by his parents, Hendrik and Trientje Slofstra (nee Bralts); stepmother, Nel Slofstra (nee Stigter); brothers, Lammert, Bill, Peter and Hank and sisters, Jackie and Tina. The Celebration of Martin’s life will be held at the Christian Reformed Church, 300 Primrose Drive S.E., Medicine Hat on Monday, May 4, 2015, at 2:00 p.m. with Pastor David Swinney officiating. A private family interment will take place at Hillside Cemetery prior to the service. (Condolences may be expressed by visiting www.cooksouthland.com) If friends so desire, donations in memory of Martin may be made directly to the Alzheimer Society, 547 – 4 Street S.E., Medicine Hat, Alberta, T1A 0K7. Honoured to serve the family is

One Condolence for “MARTIN SLOFSTRA”