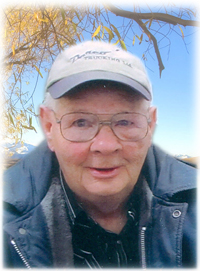 Gordon Kenneth Unrau, beloved husband of Diana of Medicine Hat, passed away peacefully while surrounded by his wife, dear friends, Darlene and Karen at St. Joseph’s Home – Carmel Hospice on Tuesday, June 9, 2015, at the age of 78 years. Gordon was born March 12, 1937 at Herbert, Saskatchewan, son of Aganetta and Cornelius Unrau. He will be dearly missed by his wife, Diana; sister, Leona Black; nephew, Donald (Gaylene) and niece, Karen (Mark). Gordon was predeceased by his parents and two brothers, Eldon and Norman. We would like to thank the nurses and staff at St. Joseph’s for all the care they had given him. Special thanks to Ann Marie Scott and all her home care nurses that looked after Gordon when he was at home. In respect to Gordon’s wishes, he will be cremated and ceremoniously scattered in the garden at Hillside Cemetery. (Condolences may be expressed by visiting www.cooksouthland.com) Memorial donations in Gordon’s name may be made directly to the Kidney Foundation of Canada, 6007 – 1A Street, S.W., Calgary, Alberta, T2H 0G5 or to St. Joseph’s Home – Carmel Hospice, 156 – 3rd Street N.E., Medicine Hat, Alberta, T1A 5M1. Honoured to serve the family is