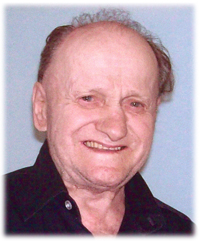 Mr. Philip Mardian, previously of Burstall, SK., passed away peacefully at the Riverview Care Centre in Medicine Hat on Tuesday, June 9, 2015, at the age of 91 years. His memory will be forever treasured in the hearts of his children, Rose May (friend Ken), Betty (Garnet) McKenzie, Ken (Rita) Mardian, Julie Ligard; four grandchildren, Kevin McKenzie, Vince (Jenn) McKenzie, Cory (Jenn) Mardian, Colin (Courtney) Mardian; nine great-grandchildren, Alyssa and Aaron McKenzie, Myah and Eryk McKenzie, Nicolas, Luke and Nate Mardian, Olivia Mardian and Katelyn May; sisters, Ann Schlosser, Mary Volk, Regina Materi, Tillie Pincemin, Suzy Scherer and sister-in-law, Theresa Mardian as well as numerous nieces and nephews. Philip was predeceased by his parents, Anton and Rose Mardian; brothers, Larry, Frank and Louis; sisters, Rose, Phylis and Frances; grandchildren, Keith, Barry and Dwayne May as well as Crystal Dieterle. Those wishing to pay their respects may do so at Cook Southland Funeral Chapel, 901 – 13 Street S.W., Medicine Hat, on Sunday, June 14, 2015, from 7:00 p.m. to 8:00 p.m., and again starting one hour prior to the service. The Funeral Service will be held at Cook Southland Funeral Chapel on Monday, June 15, 2015, at 10:30 a.m. with Life Celebrant Gerry Getz officiating. Interment will follow at Hillside Cemetery with a time of fellowship and refreshments thereafter in the Cook Southland Reception Facility. (Condolences may be expressed by visiting www.cooksouthland.com) Honoured to serve the family is