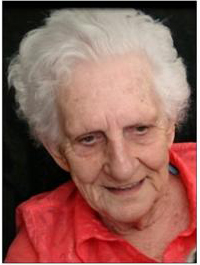 It is with great sorrow that we announce the passing of Doreen Phyllis Neitz on Tuesday, June 9, 2015 at the Red Deer Hospice at the age of 79 years. Doreen is survived by Janet Stuber (Stan), Barry Neitz (Kathy), Calvin Neitz, Sharlene Krein (Kim), Shannon Neitz (Jennifer), Perry Neitz (Jon), Sheana Neitz (George) as well as numerous grandchildren and great grandchildren. She was predeceased by her son Farley Neitz, mother Esther Meier and granddaughter Stacey Krein. Her wonderful meals and welcoming kitchen will be missed by many. A Celebration of Doreen’s Life will be held in Peace River, Alberta on Saturday, August 1, 2015. For more information regarding the service, please contact Doreen’s family. If desired, Memorial Donations may be made directly to Calgary Health Trust in support of Cochlear Implant Program, 800 – 11012 Macleod Trail SE, Calgary, AB, T2J 6A5 or 403.943.0615. Condolences may be sent or viewed at www.parklandfuneralhome.com. Arrangements in care of Sonya Henderson, Funeral Director at Parkland Funeral Home and Crematorium, 6287 – 67 A Street (Taylor Drive), Red Deer. 403.340.4040.

One Condolence for “NEITZ, Doreen Phyllis”