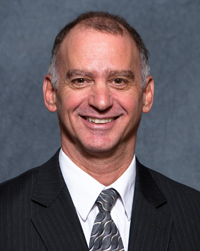 It is with great sadness we mourn the passing of Grant Henderson; a loving father, son, brother, uncle and nephew. Grant passed away on Monday, June 22nd, 2015 at the age of 54 years. Grant was born April 30th, 1961 in Medicine Hat and was raised in a large, loving family where he learned his values of hard work, kindness, compassion and community.

Grant grew up spending his time with siblings, cousins and friends playing sports and hanging out at the local creeks and river. He was the second youngest of a family of seven children and he was always striving to keep up with his older brothers despite being mothered by his sisters. This drive to stay with the pack helped build his strength and character to compete – trying to lift more weight, or be a better arm wrestler or boxer than his older brothers. He also had a strong sense of family and was always there to provide support and advice and was always willing to stick up for his siblings if the need should arise. He loved being around kids and was always joking and pulling pranks on them. At family gatherings, his nieces and nephews couldn’t wait for Uncle Grant to arrive. He would tease and play with them for hours, often driving others crazy with all the noise and laughter.

Grant was a very good athlete and excelled at all sports growing up. His early years were spent playing baseball, hockey and oil can cricket with all the neighborhood kids in Elm Street park. Later, he excelled as a running back for the Medicine Hat High School Mohawks and was a city champion in badminton. He was involved in many community events, walks and runs. He would often bring along family or friends, and he would always wear the t-shirts proudly to show his support.

Grant began his career path in the teaching profession when he graduated from the University of Lethbridge in 1984 with a BA in Education. He started as a substitute teacher and soon found his first full-time teaching position at Schuler School in 1985. He moved into his first principal position while teaching at Schuler and later held similar positions at Irvine and Seven Persons schools. Grant furthered his education during summers by taking his Masters in Education at San Diego State University. In August 1994, he took a sabbatical and headed to the University of Southern Mississippi where he completed his PhD. He took an interim role as the Assistant Superintendent of the Prairie Rose School Division and returned to Seven Persons School the following year. In 2002, he moved to the position of Associate Superintendent for Medicine Hat School District #76, and in 2009, he started as the Superintendent.

Grant loved teaching and his ability to impact and influence children. He was always concerned about the kids and strived towards having the best school system in the province for all the students and staff. He worked tirelessly to better education in our community and his legacy will endure long after his passing.

Education was his passion; his love was for his family. He was very proud of all his children and especially of their athletic accomplishments. Grant and his family loved to travel. They lived in San Diego for three summers while he was taking his masters and for a year in Mississippi. Later they would travel to China, Costa Rica and across the United States. He would often share stories of their adventures with the family – always interesting but mostly full of fun and laughter.

Grant left a very large impact on the community and will be missed by the many students, parents and teachers that he met during his career. He will always be remembered: he will always be loved. Grant touched so many, and we will all be better for him being a part of our lives.

The Funeral Service will be held in HOLY FAMILY PARISH, 1451 Strachan Road SE, on Friday, June 26th, 2015 at 2:00 p.m. with Gary Goran officiating. A Private Family Interment will be held prior to the service. As an expression of sympathy, memorial gifts may be made to Medicine Hat School District #76 Scholarship Fund, 601 – 1st Avenue SW, Medicine Hat, Alberta, T1A 4Y7, in memory of Dr. Grant Henderson. Condolences may be sent through www.saamis.com or to condolences@saamis.com subject heading Grant Henderson. Funeral arrangements are entrusted to

Leave a Condolence for Cory aberle