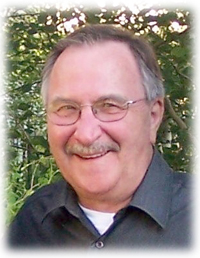 With heavy hearts the family of Mr. Edward Rabby, beloved husband of Mrs. Evline Rabby, announce his passing at the Medicine Hat Regional Hospital on Tuesday, June 30, 2015, at the age of 75 years. Ed was born on August 9, 1939 in Viking, Alberta, a son to Henry and Fern Rabby. He grew up on the family farm in Viking where he not only learned the value of a hard days work, he made many great memories with his brothers. Ed moved to Calgary and trained as a Heavy Duty Mechanic and Millright earning his ticket. While in Calgary he met and later married Evline on June 20, 1970. Their marriage was blessed with three children, Patrick, Michelle and Philip. The family moved to Medicine Hat and Ed struck out on his own opening his own business, M&R Machine Works. After leaving M&R Machine Works, he went to work at Goodyear for many years before retiring. His strong work ethic was evident as he was a reliable, dedicated employee who received much recognition over the years. Ed loved the outdoors and could often be found fishing, camping, hunting or simply relaxing and reading. He enjoyed touring on his motorbike with his little furry friend, Patches and flying recreational planes in the blue skies. Family meant everything to Ed and he will be dearly missed by his wife, Evline; children, Patrick (Jennifer) and their children, Sarah and Max; Michelle (Barry) Stigter and their children, Ethan, Eric and Kate; Philip (Crystal) and their children, Adilee and Peyson; two brothers, Glen (Patricia) Rabby and Richard (Elizabeth) Rabby as well as numerous nieces, nephews and extended family. He was predeceased by his parents, Henry and Fern and two brothers, Kenneth and Laverne. Those wishing to pay their respects may do so at Cook Southland Funeral Chapel, 901 – 13 Street, S.W., Medicine Hat on Sunday, July 5, 2015, from 7:00 p.m. to 8:00 p.m. and again at the church prior to the Funeral Mass. The Funeral Mass will be celebrated at St. Patrick’s Roman Catholic Church, 238 – 2nd Ave. N.E., Medicine Hat on Monday, July 6, 2015, at 10:00 a.m. with Reverend Father Alphonse Narisetty celebrant. Interment will take place at Hillside Cemetery with a luncheon thereafter in the Cook Southland Reception Facility. (Condolences may be expressed by visiting www.cooksouthland.com) Memorial donations in Ed’s name may be made directly to the Alzheimer Society of Alberta, 547 – 4th Street S.E., Medicine Hat, Alberta, T1A 0K7. Honoured to serve the family is