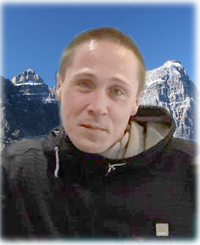 With heavy hearts the family of Daniel Tyler Meyer announce his passing in Medicine Hat on Sunday, August 9, 2015, at the age of 35 years. Daniel will be missed by his father, Rex Meyer and mother, Kathleen Wilson; a daughter, Gabrielle Deminick and her mother, Michelle; life partner, Stephanie and her children, Reagan, Rylan and Rayan; brother, Sean Wilson as well as numerous extended family. Daniel was predeceased by his twin brother, Damien as well as brothers, Tyrone Meyer and James Wilson. A Celebration of Daniel’s life will be held at Cook Southland Funeral Chapel, 901 – 13 Street S.W., Medicine Hat on Friday, August 14, 2015, at 2:00 p.m. (Condolences may be expressed by visiting our website www.cooksouthland.com) Honoured to serve the family is