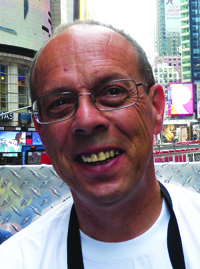 Clément Laforce died August 10, 2015 with his family at his side. Clément had a distinguished 35 year career with Defence Research and Development Canada. He retired as Deputy Director General of CFB Suffield in 2012. Clément also volunteered much of his spare time to various community organisations, including PRAXIS, Habitat for Humanity, and local science fairs. In recognition of his extensive volunteer service, he was awarded the Alberta Centennial Medal in 2005. Clément continued to give until the end of his life, and through organ donation gave two recipients the gift of sight. Clément wished that in lieu of a funeral service, his friends support a favorite charity, especially organisations promoting scientific literacy, for example www.letstalkscience.ca/get- involved/donate. His irrepressible wit and generosity of spirit will be missed by his family and friends.