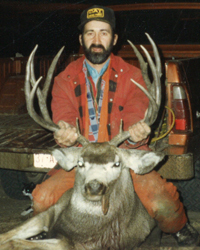 Gary Edward Weiss, beloved husband of Diane Weiss of Medicine Hat, passed away on Wednesday, August 19th, 2015 at the age of 65 years. Gary leaves to cherish his memory his children, Carson (Rondalin) Weiss and Jolene (Shaun) Burkart; four grandchildren, Regena Weiss, Alex Weiss, Iris Burkart and Benjamin Burkart; one step granddaughter, Devony Resch; one sister, Sheila Patterson; as well as numerous nieces and nephews. Gary was predeceased by his parents, Edward and Eva Weiss; one brother, Lyle Weiss; and his father and mother-in-law, Erwin and Mary Walker. Born and raised in Medicine Hat, Gary has always been an avid outdoorsman. In his early 20’s, Gary came to love the Walker farm near Hilda not only for the outdoor activities, but a pretty girl he found there named Diane. Later in life Gary enjoyed hunting with his son and granddaughter for ducks, deer and elk. He didn’t limit his love of the outdoors to Alberta, he also enjoyed fishing on Lake Ontario with his son-in-law and hunting trips with friends in BC and Saskatchewan. When the hunting and fishing slowed down Gary could be found perfecting his garden and yard. If Gary were ever on the show “Survivor” our family would bet our life savings that he would come out on top! Gary as an outdoorsman will eat anything and can trap and hunt any animal using only materials at hand and his wits. Gary is already terribly missed. The Funeral Service will be held at VICTORY LUTHERAN CHURCH, 2793 Southview Drive SE, on Tuesday, August 25th, 2015 at 11:00 a.m. with Pastor Jim Bredesen officiating. Memorial gifts in Gary’s memory may be made to the Canadian Cancer Society, 102 – 1865 Dunmore Road SE, Medicine Hat, Alberta, T1A 1Z8 or to The Lung Association, Alberta/NWT Division, P.O. Box 4700, Station South, Edmonton, Alberta, T6E 9Z9. Condolences may be sent through www.saamis.com or to condolences@saamis.com subject heading Gary Weiss. Funeral arrangements are entrusted to