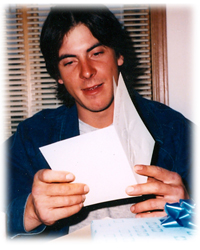 Mr. Randall (Randy) Paradis of Medicine Hat, passed away on Wednesday, August 19, 2015, at the age of 51 years. Randy was born in Calgary on April 24, 1964 and moved to Medicine Hat in 1974 where he attended school at St. Thomas and McCoy High School. He completed his apprenticeship and journeyman classification to be a carpenter at SAIT in Calgary on March 4, 1987. In his younger years, Randy enjoyed playing hockey and dirt biking and preparing gourmet meals. Randy leaves to cherish his memory his parents, Don and Sophie Paradis; sister Patrice (Al) and their children, Kaley and Tessa; sister, Denise and her children, Quinton and Stephanie and his brother, Lesley (Jamie) and their children, Brad and Sarah. The Funeral Service will be held at Cook Southland Funeral Chapel, 901 – 13 Street S.W., Medicine Hat on Monday, August 24, 2015, at 2:00 p.m. with Deacon Terry Olson officiating. If friends so desire, memorial donations in Randy’s name may be made directly to the Heart & Stroke Foundation of Alberta, # 124, 430 – 6 Avenue S.E., Medicine Hat, Alberta T1A 2S8 or to AADAC, 346 – 3 Street S.E., Medicine Hat, AB. T1A 0G7. (Condolences may be expressed by visiting www.cooksouthland.com) Honoured to serve the family is

One Condolence for “RANDALL PARADIS”