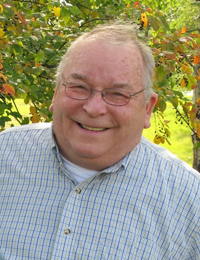 Burkhardt Detlef (Vic) Schneider passed away in the early morning of Friday, August 21, 2015 at the age of 71. He is survived by his loving wife, Donna, his daughter Bonnie (Kris) Rollheiser, his son Christopher Schneider, his two grandchildren, Benjamin and Gabrielle Rollheiser, numerous brothers in-law and sisters in-law: Emily Schneider, Alice Wahl, Olga Bauman, Gustav & Ruth Wahl, Erna & John Straub, Joan Wahl, Elfriede Franz, Adeline Didack, Alfred & Penny Wahl and an abundance of nieces and nephews. Burkhardt was born in Koenigsberg, Ostpreussen on April 10, 1944 and immigrated to Canada in 1967. He was a journeyman stone-mason and brick-layer, who loved his trade. He also enjoyed cooking, traveling, spending time with his grandchildren, and a good laugh. A celebration of life service will be held on Saturday, August 29, 2015 at Victory Lutheran Church, 2793 Southview Drive SE, in Medicine Hat, Alberta (11:00 AM). Those wishing to send condolences may visit Peace River’s Chapel of Memories website. In lieu of flowers, please send memorial contributions to the Canadian Diabetes Association, Heart and Stroke Foundation, or the Kidney Foundation of Canada.