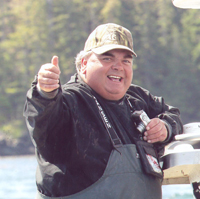 Darren Charles Demaere passed away on August 28, 2015 at the age of 53. He leaves to cherish his memory his loving mom Lois DeMaere of Medicine Hat; his children Kevin (Jeannie Masters) of Swift Current, SK, and children Taylor and Jaxon, Craig (Amber) of Calgary and children Ocean, Roman and Memphis, Lisa (Brad Korchinski) of Medicine Hat and children Nash and Harlee; sister Denise Kutaj (Ed Weins) and daughters Jessica and Karissa of Swift Current; brother David and children Meghan and Conner of Calgary; aunt Sybil DeMaere of West Kelowna; cousin Ed DeMaere of West Kelowna, Rod DeMaere of West Kelowna, and Jason (Melissa) Demaere of Kamloops; grandmother Laura Day-Cooke of Penticton; aunt Karen Day of Medicine Hat; uncle Dann Day of Penticton; as well as numerous other relatives and friends. He was predeceased by his dad Chuck in 2009; uncle Jack DeMaere; grandparents Frank and Vera DeMaere; and grandfather Edwin Day. Darren was born in Medicine Hat, AB on December 9, 1961 to Chuck and Lois DeMaere. In 1972 the family moved to Gull Lake, SK and bought the acreage north of Gull Lake where Darren resided until his death. He attended school in Gull Lake and began working with his dad at 3D Earthmoving. He continued to work in construction and started his own company after Chuck retired. He married Janine Busse in 1980 and they had three children Kevin, Craig and Lisa. Darren moved back to the acreage with the children and along with Lois and Chuck, spent hours driving kids to various activities and coaching minor hockey. Darren was an avid hunter and fisherman and spent hours outdoors, his yard was immaculate. He loved raising birds, starting with a baby robin and pigeons as a child then pheasants, chickens and turkeys. His friends and family laugh as they recall the giant turkeys that were cooked last fall. He loved his dogs and cats and they were well trained and looked after. “Dag” loved sports and was a fan of the Roughriders, Broncos, Blue Jays, Oilers, Greyhounds, minor hockey, baseball, and football in Gull Lake as well as world Junior Hockey, Olympics and attended as many games as he could. His trips always involved family, fishing and sporting events. Darren’s biggest love was family and friends and he was generous with his love, food, eggs, vegetables, homemade sausage, fish, candy, beer, and money to whomever came by. The nieces and nephews were all “spoiled” by uncle Darren. Recently his role of “Papa Darren” to his grandkids was the most fun and they couldn’t wait to spend time with him at the acreage riding on the machines, feeding the dogs and animals, fishing or going to hockey games. The Celebration Of Life service was held at 2:00 p.m. on Friday September 4, 2015 from the Gull Lake Community Hall. In lieu of flowers donations may be made to Ducks Unlimited P.O. Box 1160 Stonewall, MB R0C 2Z0 or to the Heart and Stroke Foundation of Saskatchewan 279 3rd Ave North Saskatoon, Saskatchewan S7K 2H8. Warren’s Funeral Home were entrusted with the arrangements. For further information call 1-306-773-8831 or 1-800-267-6606 or visit our website at www.warrensfuneralhome.com and express your sympathy to family members in our book of condolences.