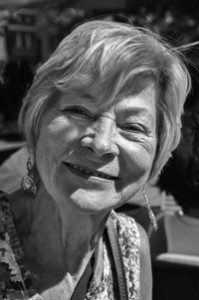 Born in Richmound Saskatchewan, Anne embraced life with boundless enthusiasm. She greeted the world with a smile and the world smiled back. She became a teacher because of a desire to make a difference in the lives of children and as way to see Canada. She taught in Saskatchewan, Manitoba, Quebec and British Columbia where she finally settled down, married and raised two children. At the age of 40 she completed her B. Ed. She retired early to pursue spiritual goals and undertook volunteer work with these in mind. She never met a cookbook she wouldn’t open. She discovered that a long walk could become a great hike and kept her Sherpa (Ron) in tow with all the gear. To her commitment to the community she added a keen interest in other cultures, a desire to learn Spanish, world travel and the warm embrace of friends. Her volunteer efforts included George Derby Veterans’ Centre, Soup Sisters, a Tzu Chi assisted food bank and a periodic soup and sandwich event for the downtown east side. She liked her Friday and Saturday night chanting gatherings and the wonderful personal encounters that grew out of these. The nickname “Annie of Many Peaks” characterized her desire to capture the peak experiences in life. She won her first encounter with cancer five years ago but was unable to do so a second time. In the intervening time she embraced life with renewed passion. She will be greatly missed by Ron, her husband of 46 years, her son Ryan (Lisa), daughter Renee (Jody) and her grandchildren Calla, Camryn, Raine and Sterling. She will also be missed by her brother Jim (Beatrice), sister Shirley (Dave) and an uncountable number of relatives and friends. Anne always gave without remembering and received without forgetting. A Celebration of Life will be held Wednesday, September 9th at 1:00pm at Unity of Vancouver, 5840 Oak Street, Vancouver.