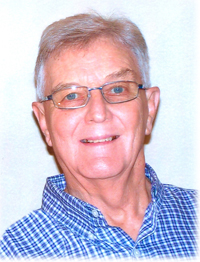 Donald James Robertson beloved husband to Sheryl Robertson, passed away while surrounded by his family at the Medicine Hat Regional Hospital on Friday, September 4, 2014 at the age of 71 years. Don attended school in Calgary at the Glengarry Elementary and graduated from Viscount Bennett High school. He married the love of his life, Sheryl Dennison in Medicine Hat on August 31, 1991. Don worked for Safeway in his teen years as a stock boy, and later in life as a tow truck driver, a special constable for the City of Calgary, then he drove for City Transit, worked as a Sales Rep for Libby’s and Nielsons, most notably driving Greyhound Bus for 28 years and after his retirement, he drove school bus for Totem Transportation. Don loved to read, watch action films and war movies. In his spare time Don enjoyed making wine, refurbishing furniture, puttering around the yard mostly watering and loved to converse about all sports but in particular, hockey, football, baseball and wrestling to who ever would listen. He was a member of the Legion and enjoyed camping with family and friends. Don valued their trips to Mesa, Arizona to visit his brother and especially his last vacation to Belfour, B.C. to visit Bill and Penny. He especially had a fondness in his heart for his pet dog, Teddie and Grandkitty Clair. Don’s memory will forever be treasured in the hearts of his wife, Sheryl; children, Gina (Phil) Hutcheons, Troy (Caroline) Robertson, Shaun (Carol) Robertson; Sheryl’s children, Shawn (Alisha) Dennison, Stason Dennison; step-children, Kim Vance and Darren (Cathy) Klarholm; eight grandchildren; brother, Doug (Linda) Robertson; mother-in-law, Frieda Jeske; sisters- in-law, Lenora (Ken) Duchscherer, Sandra (Howard) Painter, Janice (Harvey) Hoffner as well as numerous nieces and nephews. Don was predeceased by his parents, James and Alice Robertson and father-in- law, Howard Jeske. Those wishing to pay their respects may do so at Cook Southland Funeral Chapel, 901 – 13 Street S.W., Medicine Hat on Thursday, September 10, 2015 from 7:00 p.m. to 8:00 p.m. A Celebration of Don’s life will be held at Cook Southland Funeral Chapel on Friday, September 11, 2015 at 1:00 p.m. with Life Celebrant Gerry Getz officiating. Interment will follow the at Hillside Cemetery. If friends so desire, memorial donations in Don’s name may be made directly to HALO, 12 – 49 Viscount Avenue S.W., Medicine Hat, AB., T1A 5G4 or to the Medicine Hat & District Health Foundation, c/ o Palliative Care Unit, 666 – 5 Street S.W., Medicine Hat, Alberta T1A 4H6. (Condolences may be expressed by visiting our website at www.cooksouthland.com) Honoured to serve the family is

One Condolence for “DONALD JAMES ROBERTSON”