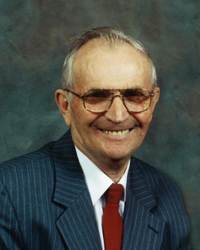 With heavy hearts the family would like to announce the passing of their dad, grandpa, brother and uncle, Lucas Bosch at the age of 88 years at the Medicine Hat Regional Hospital on Saturday, September 5th, 2015 with his daughter at his side. Lucas leaves to cherish his memory his children, Marian (Lawrence) Lehr, Rosemarie Hahn, and Maureen (John) Chin all of Medicine Hat; his grandchildren, Christopher (Jenny) Mossey, Jason Lehr, Kimberly Hahn (Darren Le Blanc), Krystal, Kristina and Kurtis Chin; four great grandchildren, Jacob, Olivia, Liam and Jordyn; one brother, Anton Bosch; three sisters, Katie Schafer, Mary Brink, and Tillie Krassman; and a dear friend, Helen Zacher; as well as numerous nieces and nephews. Besides his beloved Frances, Lucas was predeceased by one son, David Louis Bosch on October 13th, 1993; his parents, Joseph and Helena Bosch; two brothers; and four sisters. Lucas was born on May 20th, 1927 on the family farm in the Burstall district. He was raised and educated in the district attending Mamouth School. Lucas met Frances Bonogofski and they were married on October 20th, 1953 in the Blumenfeld Church. They continued to farm the home place while building a home in Burstall. They lived in Burstall for four years before relocating to Medicine Hat. Lucas continued to farm until 1981 and also worked for Medicine Hat Plymouth Chrysler for eight years. Lucas was a people person who loved life. He loved to entertain the senior citizens at Sunnyside, St. Joseph’s, Teeoda, and Central Park Lodge. He was a member of the Moose Lodge and the Medicine Hat Royal Canadian Legion. Lucas liked tinkering and fixing, visiting with friends, as well as camping, nature and fishing. He truly enjoyed his trips to Hawaii. Family was extremely important to Lucas and he cherished all the time he spent with his family and grandchildren. He will be deeply missed. The family would like to take this time to thank all of the staff at the Wellington, Dr. Saujani, and all the other doctors and nurses who cared for dad on the second floor of the Medicine Hat Regional Hospital. Those wishing to pay their respects may do so at SAAMIS MEMORIAL FUNERAL CHAPEL, #1 Dunmore Road SE, on Thursday, September 10th, 2015 from 1:00 to 4:00 p.m. and from 7:00 to 9:00 p.m., and at ST. PATRICK’S ROMAN CATHOLIC CHURCH, 238 – 2nd Avenue NE, on Friday, September 11th, from 12:00 until 12:55 p.m. Vigil Rites (Prayers) will be held at SAAMIS MEMORIAL FUNERAL CHAPEL, on Thursday, September 10th at 7:30 p.m. The Funeral Mass will be celebrated at ST. PATRICK’S ROMAN CATHOLIC CHURCH, 238 – 2nd Avenue NE, on Friday, September 11th, at 1:00 p.m. with Father Tomy Manjaly, celebrant. A private interment will take place in the Roman Catholic Section at Hillside Cemetery. Memorial gifts in Lucas’s memory may be made to the Charity of One’s Choice. Condolences may be sent through www.saamis.com or to condolences@saamis.com subject heading Lucas Bosch. Funeral arrangements are entrusted to