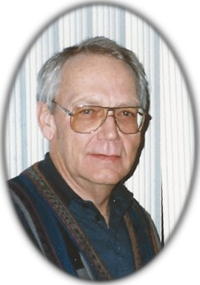 William Robert (Bill) Harstead of Brooks, passed away at the Carmel Hospice in Medicine Hat on Thursday, September 3rd, 2015 at the age of 75 years. Bill was born at Mrs. King’s Maternity Home, in Brooks, on December 4th, 1939. The Harstead family resided in the One Tree area, until they moved to the Clancy District in 1945. Bill received his schooling at the Clancy School, Duchess High School and Gonzaga University in Spokane, Washington. He married Janette McGufficke in Yellowknife, Northwest Territories in 1969. They moved back to Brooks to farm and Janette nursed at the Brooks Hospital, until she returned to Australia with their children, Michael and Nicole. Bill married Faye Weinand in 1975. They worked hard farming and maintaining a beautiful farmstead in the Clancy District, until they moved to Brooks in 1993. Bill was a natural athlete with a keen, competitive love of sports. He excelled at hockey, baseball and curling. Bill played with determination and always valued the friendships and support he received from his lifelong friends. He had resided at the Newbrook Lodge since 2009. Bill was predeceased by his mother Adeline in 2001 and father Bob in 2004. He is survived by his children, Nicole and Michael Harstead; Tracy Schrader and her mother Faye Harstead; his sister, Donna Lee and her husband Bob Porter and their children, Lee (Cindy) Porter, Rick (Janet) Porter, and Marni (Mark) Semrau and their families. Funeral services will be held on Friday, September 18th at 2:00 PM from the Trinity Lutheran Church. Rev. John Theiss officiating. Interment to follow at the Brooks Cemetery. In memory of Bill, if friends desire, memorial tributes may be made to either the Brooks and District Health Foundation, Bag 300, Brooks, Alberta T1R 1B3 or Canadian Cancer Society, #200, 325 Manning Road NE, Calgary, Alberta T2E 9Z9. Funeral arrangements in care of SMITH FUNERAL HOME AND CREMATORIUM, BROOKS, ALBERTA. Condolences may be forwarded through www.sfh.ca Telephone 403-362-4636 or Toll Free (866) 362-4652.