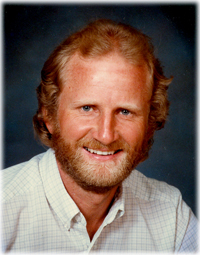 Richard ‘Rick’ Glen Riggins passed away peacefully with family by his side at the Medicine Hat Regional Hospital on Wednesday, September 16, 2015, at the age of 64 years. Rick was born in Mission B.C. on March 23, 1951. As a young boy he lived in Erskine until 1956 when the family moved to Etzikom and later relocated to Medicine Hat in 1965. Rick married Gail Mulhall in Brooks, AB., and together had one son, Noble. The family resided in Brooks where Rick excelled as a Lawyer with Kay & Riggins and owned Wildrose Insurance. He loved sports and his competitive, friendly nature kept Rick at the top of his game whether it was baseball, curling or golf. He was a caring and dedicated member of his community and belonged to serveral service groups including the Elks, Rotary, Legion and the Lions Clubs. He enjoyed traveling and participated in many curling finals, trips to Ireland and his annual golf trips where he’d boast about not one but the three holes-in-one he achieved in his lifetime. Rick will be deeply missed by his mother, Jean Riggins; son, Noble Mulhall-Riggins; sister, Glenna Carlson and nephews, Chad (Krista) and their daughter, Kinley; Jordan (Kim) and their children, Sydney and Cole; Joel (Jaime) and their children, Jaxson, Hailie and Gavin. He was predeceased by his father, Glen Riggins. A Celebration of Rick’s life will be held at the Royal Canadian Legion Branch No. 63, 235 – 3 Street West, Brooks, Alberta on Sunday, September 20, 2015, at 2:00 p.m. If friends so desire, memorial donations in Rick’s name may be made directly to the Multiple Sclerosis Society, #101, 1201 Kingsway Avenue S.E. Medicine Hat, Alberta. T1A 2Y2 (Condolences may be expressed by visiting our website at www.cooksouthland.com) Honoured to serve the family is