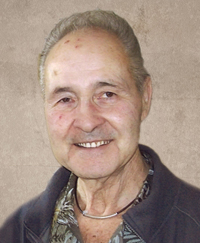 Kenneth “Ken” Anton Harty of Medicine Hat, passed away on Saturday, September 19th, 2015 at the age of 70 years. Ken leaves to cherish his memory his wife, Diana Harty; his son, Dallas (Katrina) Harty; his daughter, Karlene Harty (Mike Moore); four grandchildren, Cody, Dylan, Griffin and Kinzley; three brothers, Len Harty, Lloyd (Martha) Harty and Greg (Diane) Harty; two sisters, Ruby (Mel) Stenhouse and Pearl (Mike) Matz; one brother-in-law, Roy Flaig; and one sister-in-law, Isabel Fleck. Ken was predeceased by his parents, Andrew and Barbara Harty; one sister, Alice Flaig; one sister-in-law, Marge Harty; one brother-in-law, Leo Fleck; and his father and mother-in-law, Mike (Rosina) Fleck. As per Ken’s wishes there will be no funeral service as he wanted to be remembered “AS HE WAS”. The family would like to thank his special close brother, Lloyd, who was by his side through thick and thin and visited him often. Thanks are also extended to Dr. Byron Hirsch, the LPN’s, Health Care Aide’s and staff at the Sunnyview, the Medicine Hat Regional Hospital Day Program, the Good Samaritan Society, Social Workers and the Medicine Hat Transit. In lieu of flowers, memorial gifts in Ken’s memory may be made to the Alzheimer Society, 547 – 4th Street SE, Medicine Hat, AB, T1A 0K7. Condolences may be sent through www.saamis.com or to condolences@saamis.com subject heading Ken Harty. Funeral arrangements are entrusted to