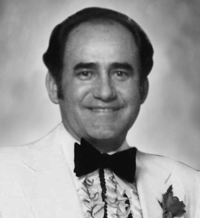 After a very active and colorful life, our Father, Grandfather and Friend has passed away peacefully at the age of 82 from a brief illness.

Mike lived life on his own terms. He passed on to his daughters his extraordinary work ethic and his generosity to us girls whilst we were growing up will always be remembered.

Mike was born in Holdfast, Sask and moved to Medicine Hat in 1947 at the age of 14. Later he moved to Calgary and started working for CP Rail, before joining the Calgary Fire Department. After leaving the Fire Department he became self-employed and enjoyed many years of success. Mike was an avid Flames, Stampeders and Blue Jay’s fan. He loved going to the track and watching the thoroughbred races and when they moved out of Calgary, he could be found at Schanks watching them on the big screen.

If friends so desire, memorial tributes may be made directly to The Foundation Fighting Blindness, 1.800.461.3331 www.ffb.ca