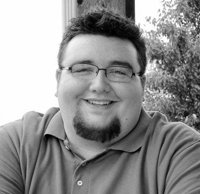 Andrew was a security guard for Yale Enforcement. He was a 2009 graduate of Belleville West High School. Andrew loved to shoot pool, play X-Box and listen to music. He was a great friend, awesome big brother, nephew, grandson and mom’s best friend. His giggle was infectious and came from deep within his soul.

Andrew enjoyed to read and his family would like to share that love of reading with young people at the elementary schools that he attended in Belleville (Roosevelt Elementary School) and in Medicine Hat, Alberta (Southview Elementary School). The family requests that memorials be made via the Andrew Luecking Memorial Fund c/o Scott Credit Union or to the American Heart Association.

Condolences may be expressed to the family online at www.kasslyfuneral.com.