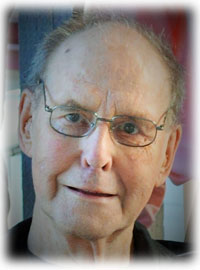 Mr. Robert (Bob) Green passed away suddenly on Saturday, October 24, 2015 at the Bethany Care Center in Airdrie, Alberta at the age of 79 years.

Bob leaves to cherish his memory one daughter, Cindy (Waylon) Hunt and their children, Shelby (Rick) and Taryn; and one son, Gerald (Debbie) and their children, Kayla, Zenan, and Brody; and Bob’s companion, “Shep”. Bob was predeceased by his loving wife, Dorothy (Dot) in December 2010.

Bob was born in Montreal, Quebec and moved to Medicine Hat with his wife in 1966. His final move was to Airdrie in the spring of 2011 to be closer to family. Bob will be sadly missed by his family and friends, both near and far, and the wonderful staff at the Bethany in Airdrie. In lieu of flowers, memorial gifts in Bob’s memory can be made to the Alberta Heart and Stroke Foundation. A small Memorial to celebrate Bob’s life will be held for family and friends at a later date, after arrangements have been finalized. Messages of condolence may be left for the family directly at 66austin@gmail.com or at www.myalternatives.ca.

One Condolence for “GREEN, Robert (Bob)”