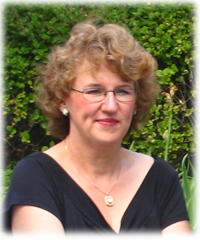 Mary Kathleen (Porter) Marchand, born October 27, 1952 in Medicine Hat, Alberta passed away at St. Joseph’s Home – Carmel Hospice, Medicine Hat in the early hours of November 12, 2015. Mary is survived by her loving husband Ken, her three sons, Jorey (Sherry) and their 3 children: Macey, Easten and Ellis; Joel; and Jess and his son, Devan. She is also survived by 2 brothers and 3 sisters: Keith (Myrna) Porter; Kevin (Kym) Porter and Janet (John) Biggs of Medicine Hat; Lorna Porter of Edmonton and Shirley (Klaus) Porter of Kelowna, and numerous nieces, nephews and great-nieces and nephews.

Mary attended school in Medicine Hat, graduating from MHHS in 1970. She enjoyed being a homemaker, and a mother and eventually received her Realtor Licence, Life Insurance Licence and was a sales person for a local car dealership.

She married Ken Marchand on December 8, 1973 and they moved to Destruction Bay, Yukon as Ken was posted there with his job of Flight Service Specialist with Transport Canada.

They returned in the spring of 1975 as Mary, being the mothering big sister, she helped prepare two weddings for her sisters Lorna and Janny. Their first son Jorey was born in 1976 followed by Joel in 1980 and Jess in 1984. Mary loved being a mother and she enjoyed mothering all her nieces and nephews that were also born in that time period. Her house was as full of laughter as it was full of children.

Mary and Ken purchased her parents hobby shop in 1980 when her father got sick. Mary was such a natural salesperson in that setting, as she was a people person, and people just gravitated towards her. She did beautiful flower arrangements and cake decorating, and was sought after for weddings of family and friends.

She was so instrumental in helping raise her niece Lorelei while her mom was a single mom and Janny was so thankful for her.

A Celebration of Mary’s life will be held at Cook Southland Funeral Chapel, 901 – 13 Street S.W., Medicine Hat on Tuesday, November 17, 2015, at 1:00 p.m. (Condolences may be expressed by visiting our website at www.cooksouthland.com) Honoured to serve the family is