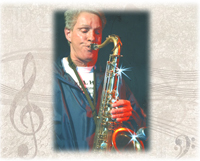 Ronald “Saxy” Glen Leppard passed away peacefully at Sunnyside Care, South Country Village in Medicine Hat on Wednesday, November 18, 2015, at the age of 72 years. Ron is survived by his brothers, Gary (Kristine) of Burlington Ontario and Don of Victoria, B.C.; nieces, Jennifer and Desiree; nephews, Jeffrey and Enrico as well as numerous great-nieces and nephews. He is also survived a very special close friend, Dianne Gehring; dear friend and caregiver Elma Hintz and he will be fondly missed by his “Royal Hotel” family. He was predeceased by his parents, Harold (1980) and Ena (2000) and a sister-in-law, Elaine (2014). Ron was born on December 31, 1942, a son to Harold and Ena Leppard. Being born and raised in Medicine Hat, he attended Elm Street School, Alexandra Jr. High and Medicine Hat High School. In his youth he was very active and athletically gifted. He was a competitive boxer, baseball player and hockey all-star, having played for the Medicine Hat Tigers, Lethbridge Native Sons and the Edmonton Juniors. He also served as a bandsman with the South Alberta Light Horse. His ear for music was more than evident as he would spend his life as a professional traveling musician and entertainer. Throughout the years Ron played with more acts than can be listed, but included The Dutch Mason Band, Johnny “V”, and made appearances with The Platters. He was also an occasional session player on CBC Radio & Television. Ron’s passion for music shone through and could be felt from the notes he played on his Sax. He was generous to a fault, caring, considerate to everyone and even though he had the right…he never complained – he was a true inspiration! A Musical Celebration of Ron’s life will be held at Cook Southland Funeral Chapel, 901 – 13 Street S.W., Medicine Hat on Tuesday, November 24, 2015, at 2:00 p.m. with Life Celebrant Gerry Getz officiating. Interment will follow at Hillside Cemetery. (Condolences may be expressed by visiting our website at www.cooksouthland.com ) Memorial donations in Ron’s name may be made directly to the MS Society, 101, 1201 Kingsway Ave. S.E., Medicine Hat, Alberta, T1A 2Y2 or to the Canadian Cancer Society, 102 Crestwood Square One, 1865 Dunmore Road S.E., Medicine Hat, Alberta, T1A 1Z8. Honoured to serve the family is