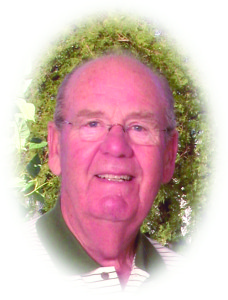 He was born at Eastend on January 4, 1937 and attended school in Eastend. He met and married Annette Selmon on July 20, 1955 at Eastend United Church, and were both at the young age of 18 years. They pursued a life of farming, raising their family and active life in their community. He was a charter and life member of the Eastend Kinsmen Club and served as Councilor and Reeve for the R.M. of White Valley. Over twenty years ago they started going south to Mesa, Arizona during the winter and returned home in the spring to continue farming. His greatest love was his wife and his family, and his next greatest love was the farm. He couldn’t spend enough time at the farm, and the idea of retirement was always just one more year and one more crop away.

He is survived by his wife of 60 years, Annette, sons Lee of Eastend, and Dean (Marcelle) of Saskatoon, grandson Christopher (Martina), great granddaughter Peyton, granddaughter Allison, daughter Tracy Kidd (Jim) of San Diego, California, grandchildren Jeffrey (Ashley), Kylan (JD) and Kayden, daughter Nina Wise (Craig) of San Tan Valley, Arizona and step grandchildren Brandi and her children Laine and Payson and Brandt (Stephanie) and their children Lauren and Chandler, his sister Shirley Spalla of Lancaster, California, his brothers Bob (Kay) and Gerry (Roberta) both of Eastend, as well as numerous nieces and nephews.

Funeral Services will be held on Friday, December 4, 2015 at 11:00 a.m. from the Eastend Memorial Hall in Eastend with Funeral Celebrant Bernadette Schneider officiating. Interment will take place at Riverside Cemetery at Eastend. Pallbearers are Bryce Busse, Nick Bidaux, Tom Pearson, Blair Egland, Christopher Egland and Jeffrey Kidd. For those wishing, memorial donations may be made to the Heart and Stroke Foundation or Eastend Wolf Willow Health Centre. Binkley’s Funeral Service of Shaunavon (www.Binkleys.com) is in charge of the arrangements.