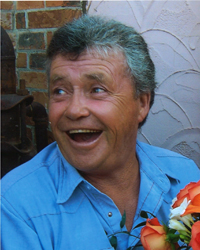 Robert “Bob” Belanger passed away on Wednesday, December 9th, 2015 at the Medicine Hat Regional Hospital with his beloved wife, Sandra, by his side. Bob was born at Kennosee Lake, Saskatchewan on July 8th, 1944 to a family of eight children. He was the son of Art and Winnifred Belanger. Bob is survived by his wife of 31 years, Sandra (whom he met on October 13th, 1984); two sons, Robbie and Jason; one daughter, Michelle; and three step- children, Kim, Steve, and Terry as well as several grandchildren and his two beloved pets, Chester and Ester. Bob started to work for Coca Cola in 1964. In 1985, he went to work for Old Dutch and from 2000 to 2015 he was employed with the Medicine Hat Exhibition and Stampede. Bob was well known by many people in this community. The Funeral Service will be held at Medicine Hat Exhibition & Stampede Grounds Auditorium, 2055 – 21 Avenue SE, on Monday, December 14th, 2015 at 1:00 p.m. In lieu of flowers, memorial gifts in Bob’s memory may be made to Save Old Souls, PO Box 272, Redcliff, Alberta, T0J 2P0, or to Persian Dreams and Canine Themes Rescue Society, 127 – 1st Street SW, Medicine Hat, Alberta, T1A 3Z1. Condolences may be sent through www.saamis.com or to condolences@saamis.com subject heading Bob Belanger. Funeral arrangements are entrusted to