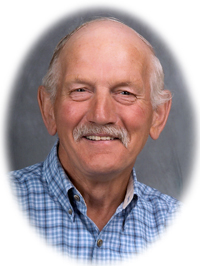 “Until death us do part”

Mr. Henry (Sam) Aasman, beloved husband of Mrs. Gerda Aasman, passed away at the Medicine Hat Regional Hospital on Friday, December 18, 2015, at the age of 79 years. Sam was born on September 4, 1936 in the Netherlands and as a teenager, he came to Canada in April of 1950 with his family, settling in the Taber area. A short time later they moved to Medicine Hat on a farm just off Holsom Road. Sam married Gerda Vonk on June 2, 1962 in Medicine Hat. They resided on an acreage near Cypress Packers for 43 years. Over the years Sam worked at various jobs but mostly worked at Goodyear for many years until he retired due to ill health. He loved his garden… especially his tomato plants and enjoyed farm animals but most of all his cat, Gia. Sam had an outgoing nature and would talk to anyone. He was upbeat and was well liked as people were drawn to his smile as he always made other people smile. â€ˆSam was a loving husband, father and grandfather and will be forever treasured in the hearts of his wife, Gerda; daughter, Chandra (Dale) Weiss and their children, Donovan, Darrick, Deanna; brothers, Bill Aasman, Robert (Nellie) Aasman; sisters, Jeanette (Luke) Brouwer, Betty (Homer)â€ˆOudman, Jeanâ€ˆ(John) Brouwer, Ellie Wenzel; sisters-in- law, Ina Aasman (Casey), Ina Aasman (John), as well as numerous nieces and nephews. Sam was predeceased by his son, Rory in 1994; his parents, four brothers and a sister. In his words, “You take care now” The Funeral Service will be held at Fifth Avenue Memorial United Church, 476 – 4th Street S.E., Medicine Hat, Alberta on Tuesday, December 22, 2015, at 2:00 p.m. with Reverend Helen Reid officiating. Interment will follow in the Prairie View Cemetery. (Condolences may be expressed by visiting our website at www.cooksouthland.com ) Memorial donations in Henry’s name may be made directly to Heart & Stroke Foundation of Alberta, 124, 430 – 6th Ave. S.E., Medicine Hat, Alberta, T1A 2S8 or to the Canadian Diabetes Association, 102, 73 – 7th Street S.E., Medicine Hat, Alberta, T1A 1J2. Honoured to serve the family is

One Condolence for “HENRY (SAM) AASMAN”