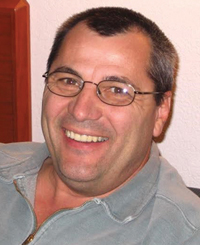 It is with great sadness that the family announces the passing of Roy Buscholl on Sunday, January 3, 2016 after his courageous battle with cancer at the age of 60 years.

Roy was born and raised in Prelate, Saskatchewan and left the family farm in 1973 to pursue employment with CP Rail in Medicine Hat, Alberta. Roy met his wife Carol while in Medicine Hat, and the couple transferred to Winnipeg in 1995 where they raised their family. Roy retired in 2011 after working for CP Rail for 37 years. Roy was a kind and generous man and will be greatly missed by his large family and many friends.

In keeping with Roy’s wishes, cremation has taken place and a celebration of his life was held on Saturday, January 9, 2016 at the RBC Convention Center, Winnipeg, MB. The Funeral Mass will be celebrated at Holy Family Parish, 1451 Strachan Road SE, Medicine Hat, AB on Tuesday, January 12, 2016 at 1 o’clock.

In lieu of flowers, if friends so desire, donations in memory of Roy may be made to a charity of ones choice.