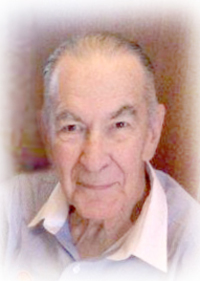 Herb Barnes, beloved husband of Margaret, passed away peacefully while in the loving care of his family on Friday, January 15, 2016, at the age of 82 years. Herb was born in the Medicine Hat Hospital on November 11, 1933 and raised on the family homestead where C.F.B. Suffield now exists until the family moved to town once the Military training ground was developed. Herb faithfully attended Temple Baptist Church up to his passing, and was an active member of the congregation on various positions in the church. At age 19, Herb was involved in a motor vehicle collision which left him a paraplegic. A few years later, he was back at the Medicine Hat Hospital where he met his bride, Margaret (Sura) Barnes of 52 years. In 1963, Herb and Marg built a house in Redcliff, Alberta where he proudly lived until his passing which was his last wish. Over these 52 years of marriage, he was a loving husband and father of Andrew Robert (Terri) Barnes and Thomas Daniel Barnes and brother to Bessie Weigel. He always amazed his family and the community with his kindness and willingness to help others when in need. Herb was a Military buff who followed his father’s history from World War I and World War II, often reading various books and ensuring that all of his father’s artifacts were documented and preserved. Air Craft Model building, Leatherwork and caring for his greenhouse were his passions. Herb was also very active in the Scouting movement, Church and various other community groups. When you think of Herb Barnes, the words loving, caring, integrity and honor are virtues for which he will be remembered. The family would ask that you please remember Herb in your hearts and prayers. Relatives and friends are invited to share in an informal celebration of Herb’s life at Temple Baptist Church, 606 – 7 Street S.W., Medicine Hat on Saturday, February 6, 2016, at 1:30 p.m. Flowers are gratefully declined. (Condolences may be expressed by visiting our website at www.cooksouthland.com) Honoured to serve the family is
Cook Southland Funeral Chapel, 901 – 13th Street S.W. Medicine Hat, Alberta T1A 4V4 Phone 403-527-6455