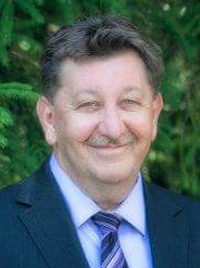 Karsten was born April 10th, 1956 in Arhus, Denmark. After moving to Canada, he met and married the love of his life Tracy on June 20th, 1981. For the most part Karsten and Tracy raised their two children in High Level, Alberta where Karsten worked for 25 years at Tolko Mill. Karsten and Tracy moved to Medicine Hat in 2009 where he worked in a couple of positions before he proudly joined the team at the Medicine Hat College, where he worked until his passing.

Karsten loved life, and had many hobbies and passions. He loved music, and dabbled in playing the guitar. He really enjoyed working with his hands, and spent a lot of time doing maintenance work, woodworking, renovations, sports and interior decorating. Spending time in the outdoors with his family was a real love for Karsten, where they enjoyed camping, fishing, and boating, and just taking in the beauty of nature. He also loved his flowers, and spent many hours creating beautiful outdoor beds that he was so proud of.

Karsten was very proud of his Danish heritage and often talked about the trip that he, his mother, and Tracy took when they travelled to Denmark back in 1996.

Karsten was most proud of his family, who he would do anything for. His love and best friend Tracy, Danielle and Derrick, and of course his best buddies (and cutest members of Poppa’s fan club) Kaysen and Kashton brought unending hours of laughter, noise and much joy into all their lives.

A Celebration of Life be held at SAAMIS MEMORIAL FUNERAL CHAPEL, 1 Dunmore Road SE, on Saturday, January 23rd, 2016 at 1:00 p.m. with Gary W. Goran officiating. Memorial gifts in Karsten’s memory may be made to the charity of one’s choice. Condolences may be sent through www.saamis.com or to condolences@saamis.com subject heading Karsten Pedersen. Funeral arrangements are entrusted to