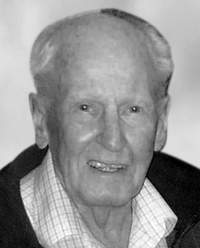 Brian McFarlane beloved husband of Lynda McFarlane of Calgary, passed away on Monday, January 18, 2016 at the age of 74 years.

Brian was born and raised in Carnduff, SK. Later moving to Medicine Hat, AB, Brian worked for the Energy Resources Conservation Board and enjoyed a long career with them. Brian met Lynda in Medicine Hat and they were married there on November 7, 1969.

He was predeceased by his parents Earl and Marjorie McFarlane.

A Graveside Service will be held at the Workman Cemetery, near Carnduff, SK in the Spring, 2016. Condolences may be forwarded through www.mcinnisandholloway.com. If friends so desire memorial tributes may be made directly to the Dulcina Hospice, 110 Evanspark Manor N.W., Calgary, Alberta T3P 0N4 Telephone: 587-230 -5500.