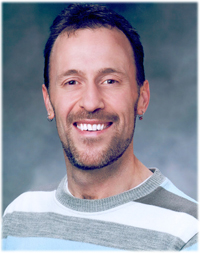 Mr. Shane Cockerill passed away in Calgary, Alberta, on Saturday, January 30, 2016, at the age of 46 years. Shane was born January 13, 1970 in Lynn Lake, Manitoba. In his younger years Shane loved quadding with his sister, Bonnie on the farm in Manitoba. His love of animals and kids only extended into his family whom he loved dearly. Shane loved to travel the world especially in Europe including the Vatican in Rome, Venice and Spain. His travels also took him to Cabos San Lucas, Mexico, where he was as a deep sea dive instructor. He loved sports having played minor hockey for about 10 years and was a great figure skater placing second in the Provincials in Manitoba in 1984. Shane had an infectious smile and a laugh that brought joy to those around him. He will be forever remembered in the hearts of his parents, Keith and Vina; siblings, Kerry (Barry) Reppnack, Bonnie (David) Deneka, Shawn (Christine) Cockerill; nieces and nephews, Darnel (Rhandi) Deneka, Miranda Deneka, Gage Cockerill, Brody Cockerill; great-nephew, Dryden and great-niece, Hunter. He was predeceased by his grandparents, Frank (Teenie) Crudden and Charlie (Nora) Cockerill. Vigil Prayers will be recited at Cook Southland Funeral Chapel, 901 – 13 Street S.W., Medicine Hat on Friday, February 5, 2016, at 7:00 p.m. The Funeral Mass will be celebrated at St. Patrick’s Church, 238 – 2 Avenue N.E., Medicine Hat on Saturday, February 6, 2016, at 1:00 p.m. with Reverend Father Tomy Manjaly celebrant. Those wishing to pay their respects may do so beginning one hour prior to Prayers and the Funeral Mass at their respective locations. (Condolences may be expressed by visiting our website at www.cooksouthland.com) Memorial donations in Shane’s name may be made directly to the charity of one’s choice. Honoured to serve the family is