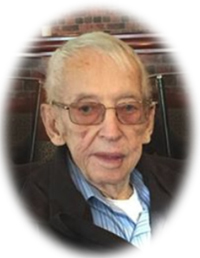 Mr. Abram (Abe) Friesen, beloved husband of the late Mrs. Ruth Friesen, passed away peacefully at the Medicine Hat Regional Hospital on Saturday, February 6, 2016, at the age of 87 years. Abe was born June 24, 1928, in Morris, Manitoba. He was born one of six children to Henry and Agatha Friesen. Abe married Ruth Gross on April 25, 1952, in Winnipeg and celebrated 63 years of marriage. Throughout the years they resided in many communities before finally settling in Medicine Hat. For many years, Abe worked in construction as a crane operator. He was sharp when it came to deals… Abe loved buying and selling and became known as “Grandpa Buy & Sell!” He will be remembered by his children and grandchildren: Wayne Friesen and his son, Thomas; Rae Kunze (Hank Tessier) and family, Cindy (James) Gibbons, Christine (Dennis) Kovacic, Chartotte (Walter) Mandel and Carolynne (Steve) Wolfe; Wendy Hrenyk (Vern) and their family, Jody (Blayne) Levesque, Kristy (Bob) Jones and Amy Hrenyk (Steve Grant); Brian Friesen and his children, Kellie, Karla, Megan and Jake Friesen; Larry Friesen and 16 great-grandchildren. Abe was predcesed by his wife Ruth, just 11 days before he passed away; parents, Henry and Agatha Friesen; brothers, Henry and John; sisters, Agatha, Anne and Tina and a son-in-law, Dietmar Kunze. Abe’s life will be silently remembered by his family and friends without the proceedings of a formal funeral service. (Condolences may be expressed by visiting our website at www.cooksouthland.com) Memorial donations in Abe’s name may be made directly to South Country Village, 1720 Bell Street S.W., Medicine Hat, Alberta, T1A 5G1. Honoured to serve the family is