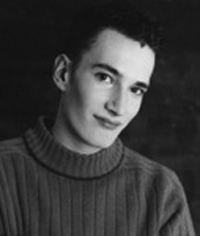 It is with heavy hearts that the family of Brian Roflik announce his passing on Thursday February 4, 2016 at the age of 32. Brian was born November 4, 1983 in Regina, Saskatchewan. In his younger years Brian enjoyed playing hockey, soccer, golf and camping with friends and family at Brightsand and Emma Lake. Brian started to display his entrepreneur ability at a young age by renting out his Nintendo to friends and selling candy for profit at school. Brian moved with his parents and sister to Medicine Hat, Alberta in 1999. Brian graduated from Eagle Butte High School in 2002. After taking computer and business classes he went on to be self-employed owning a delivery company and taxi service in Lethbridge, Alberta. He was an excellent storyteller and loved to share his adventures as a taxi driver. Brian enjoyed going on ski trips with family and friends and was always happy to play cards and games.

A Celebration of Brian’s Life will be held at SAAMIS MEMORIAL FUNERAL CHAPEL, #1 Dunmore Road SE, on Friday, February 12th, 2016 at 1:00 p.m. with Gary W. Goran officiating. Memorial gifts in Brian’s memory may be made to the Medicine Hat & District Health Foundation, Recovery Centre, 666 – 5th Street SW, Medicine Hat, Alberta, T1A 4H6. Condolences may be sent through www.saamis.com or to condolences@saamis.com subject heading Brian Roflik. Funeral arrangements are entrusted to