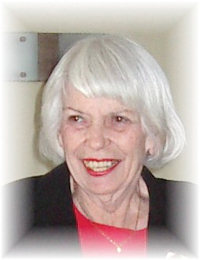 Passed peacefully at Fairview Manor, Almonte, Ontario, on the 24th day of February, 2016, in her 89th year. Thérèse was sadly predeceased by her son John David in 1965 and is survived by her loving children Edmond (Vera) of Clayton, Ontario; Mark of Edmonton, Alberta; Paul of Calgary, Alberta; Mary Lucy (Kenneth) of Calgary, Alberta; Denis (Johanna) of Manama, Bahrain; Ruth of Edmonton, Alberta; David of Tulsa, Oklahoma; Matthew (Angela) of Okotoks, Alberta; Michael (Lucy) of Palm Desert, California; twenty-two grandchildren; and, five great-grandchildren. Thérèse is also survived by her dear sister Margaret Dwyer of Tralee, Ireland and her two sons Ryle, also of Tralee, and Sean (Geraldine) of Racine, Wisconsin. Thérèse was born and raised in New York, New York, and was a proud New Yorker all her life, beloved daughter of Mary Ryle and Joseph Harrigan. Thérèse moved back to the family ancestral home in Tralee, County Kerry, Ireland in her early twenties along with her dear sister Margaret, where she met and married Noel Hassett. A funeral service has taken place in Almonte, Ontario on the 29th of February, 2016 at 11:00 a.m. at C.R. Gamble Funeral Home & Chapel (127 Church Street), and was followed by a reception for friends. In lieu of flowers the family asks that support be shown to Fairview Manor, Almonte, Ontario (www.almontehospitalfoundation.com) Condolences & Tributes: www.crgamble.com