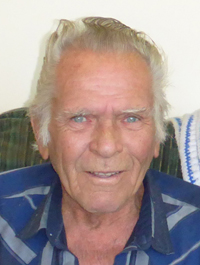 Melvin Roy Peterson, beloved husband of Penny Peterson of Medicine Hat, passed away on Sunday, March 6th, 2016 at the age of 72 years. Mel also leaves to cherish his memory his children, Terry (Kim), Melanie (Tyler), and Mike (Jen), all of Medicine Hat and Tammy Schubrink of Blackfalds, Alberta; eight grandchildren; one great-granddaughter; his brothers, Dennis of High River, Dale (Linda) and John (Betty) of Assiniboia; his sister, Penny of Moose Jaw; numerous nieces and nephews; and his little buddy, Stewart. Mel was predeceased by his parents, Roy and Jessie Peterson; and his sister, Barb. Mel was born and raised in Assiniboia and went to school there as well. He moved to High River, Alberta in 1973 and later to Medicine Hat. Mel met Penny in 1982 and they were married in 1986 spending almost 30 years together. Mel loved trapping and hunting. He loved life and had a great sense of humour. Mel worked at various jobs from agricultural, industrial, truck driving, selling farm machinery, contracting and building grain elevators. He worked for Cypress Farm Supply and then Lawrence Meier Trucking until retirement in 2004. His fur babies were very important to him as were all of his children and their families. The Peterson boys were always close, right up to the end. The Funeral Service will be held at Saamis Memorial Funeral Chapel, #1 Dunmore Road SE, on Thursday, March 10th, 2016 at 1:00 p.m. with Gary W. Goran officiating. Interment will follow at Hillside Cemetery. Memorial gifts in Mel’s memory may be made to the SPCA. 55 Southwest Drive SW, Medicine Hat, Alberta, T1A 8E8. Condolences may be sent through www.saamis.com or to condolences@saamis.com subject heading Mel Peterson. Funeral arrangements are entrusted to